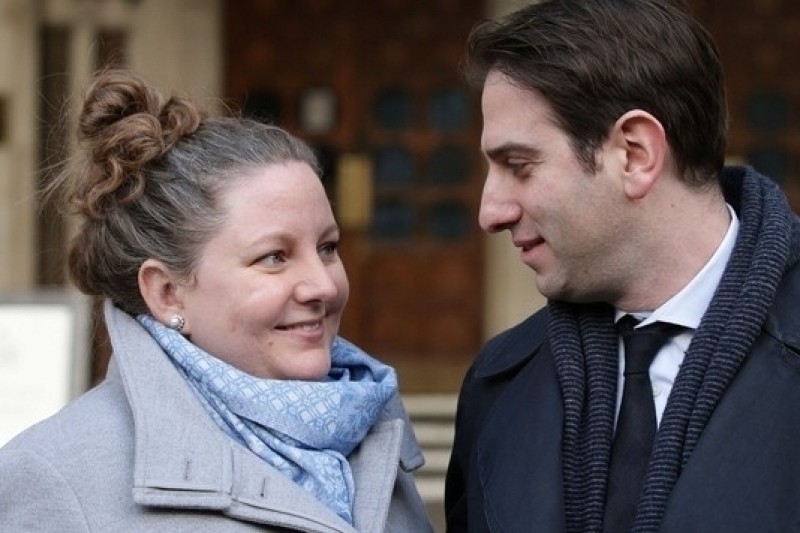 Rebecca Steinfeld and Charles Kiedan will have their appeal heard over two days to try to change the law so that they can have a civil partnership.

Under current UK law, all couples have the right to marry, however only same-sex couples can form civil partnerships. In 2014, Charles Keidan and Rebecca Steinfeld, a different-sex couple, challenged the ban on different-sex couples’ access to civil partnerships in the High Court. Their case is now being heard in the Court of Appeal. The campaign has high hopes for a positive outcome. Our clients want UK couples who are in different-sex relationships to have that choice as well. As Charles and Rebecca explain: “the choice to give their relationship legal recognition and protection without having to marry; the choice to celebrate and cement their relationship, and to create a union and ceremony that works for them.”

The case and the campaign have already come a long way: Rebecca and Charles explain more about both – including the petition with 70,000 signatures – here.

The case is being brought on the basis that the current law discriminates against them and that this should be put right to avoid a breach of their human rights. Judgment is likely to be reserved and more updates will be available on the DPG website.

The couple are represented by DPG’s Louise Whitfield, who commented: “This issue is of crucial importance for many thousands for people, not just my clients. The current arrangements are inherently unfair and should be changed as soon as possible. Even though she dismissed the original case, the judge in the judicial review recognised how significant the unfairness was for many people’s right to family life, and she acknowledged that my clients should be allowed to have the issues considered by a higher court. This is Charles & Rebecca’s chance to be treated fairly and equally in terms of how their relationship is recognised, a crucial legal right for them and many others.”

Donations can be made to the legal fund via this link.