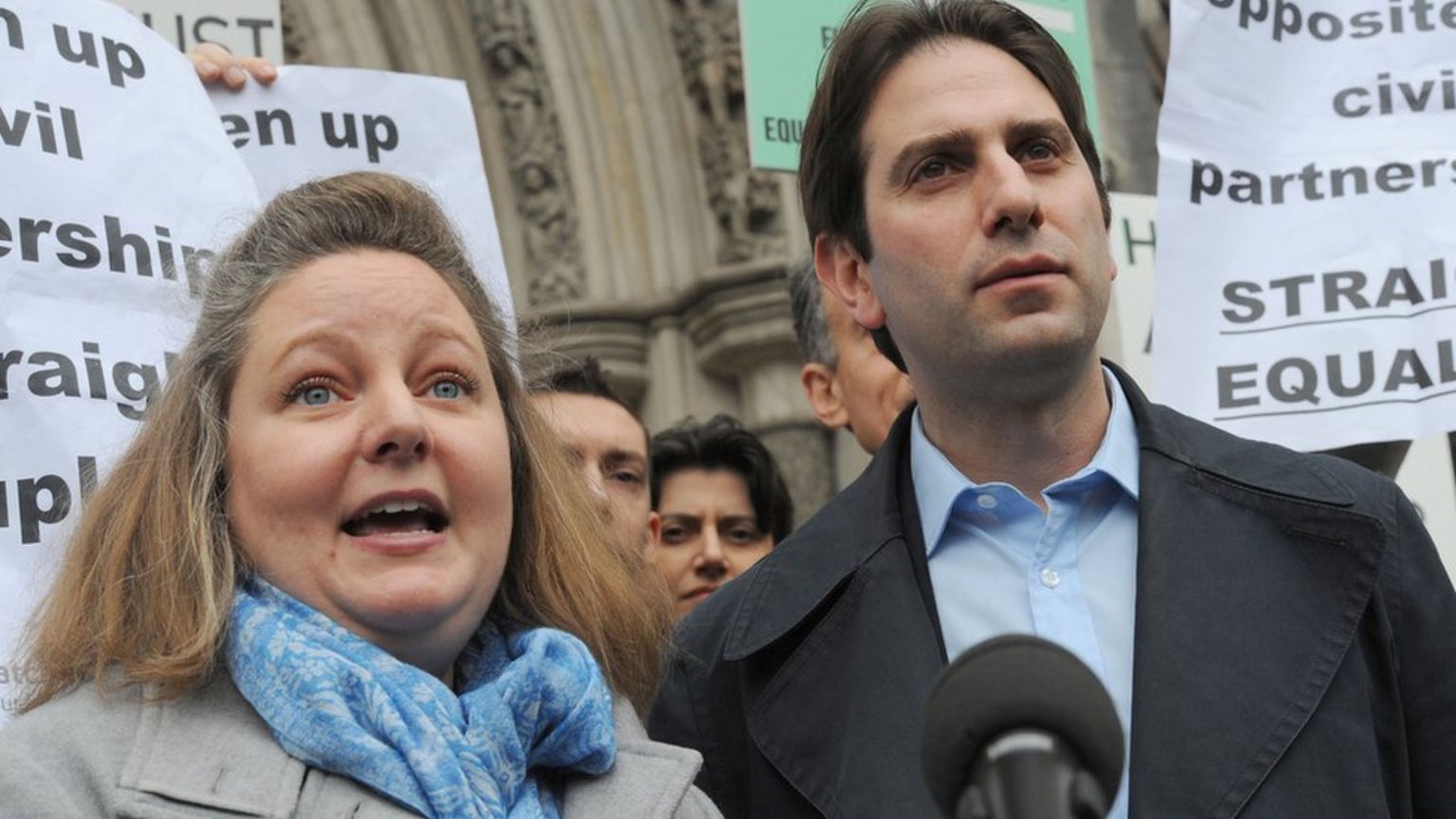 Rebecca Steinfeld and Charles Kiedan have been granted permission to take their legal challenge to the Supreme Court; the hearing is likely to take place early next year.

The couple at the heart of the effort to open civil partnerships to different-sex couples have been granted permission to take their legal fight to the UK Supreme Court.

Our clients, Rebecca Steinfeld and Charles Keidan, who sought to register a civil partnership but were denied because they are ‘not of the same sex,’ took the Government to court in 2014 over the ongoing ban on different-sex civil partnerships. A ruling in February 2017 from the Court of Appeal stated that the current ban could not continue indefinitely but, in a 2:1 split ruling, this gave the Government limited time to decide on the future status of civil partnerships.

The couple said they “welcomed” the Supreme Court’s decision to grant permission to hear their case and hope that with even more time having elapsed without action from the government, the court will find in their favour and force the Government to act.

“Nearly a year after saying in court that they needed more time, the government still has not publicly changed its position on the issue. Having received a very encouraging ruling from the Court of Appeal in February we are confident that our case is sound. We hope the Supreme Court will deliver a judgment that will finally provide access to civil partnerships for thousands of families across the country.”

“The incredible support from many thousands of people who have signed our petition and backing from MPs across the political spectrum has enabled us to come this far. What started out as a personal effort to become civil partners has taken on wider significance as we realised that as many as 3.3 million co-habiting couples are affected by the status quo. Over the last few years, we’ve heard the same message: whilst most couples want financial and legal protection for themselves and their families, not all feel comfortable with marriage. Civil partnerships offer a legally binding arrangement that is fair, popular and good for families and children.”

The couple are represented by DPG’s Louise Whitfield who commented:

“This is a very significant achievement for my clients as the Supreme Court only gives permission for a very small number of cases each year – those that are the most important for the Court to consider.  It is another significant step in the journey to achieve equal civil partnerships for all, and the Court’s decision to grant permission recognises the great public importance of this issue.”

News coverage on this story is here.

Donations can be made to the legal fund via this link: