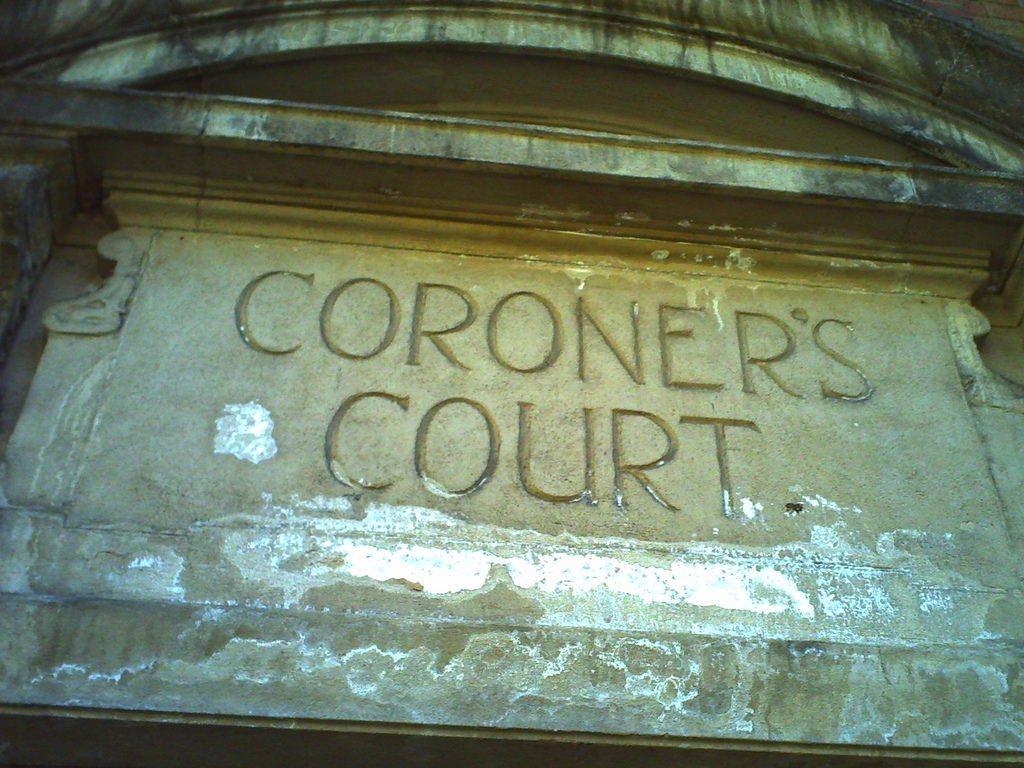 Posted at 09:38h in Actions against the police, Death in detention, Inquests and Public inquiries, News by Ali

After six days of evidence at Gloucestershire Coroner’s Court an inquest jury concluded that “inappropriate” restraint by security staff at Stowfield Business Park near Lydbrook contributed to the death of Mark Kentish, a 55 year old father of six, on 23 June 2016.

The previous day Mark had travelled from his home in Solihull to Gloucestershire to visit his elderly father, spending the day with his parents before visiting a local pub in the evening.  After leaving the pub at around 10.30 pm, Mark parked his car outside the entrance to Solihull Business Park, where he was approached by an ununiformed and unidentifiable security guard and off-duty gatekeeper.  A struggle ensued and Mark was taken to the ground, sustained a head injury consistent with blunt impact trauma and was restrained in a semi-prone position for around 13 minutes by the security guard and his unlicensed colleague before police arrived.  That restraint, the jury found, was “inappropriate both in method and duration” and conducted by a security guard with “little understanding of the potential risks and consequences of restraint”.  In a damning narrative conclusion the jury recorded that “due to conflicting accounts and unreliability of the security guards’ evidence”, they were “unable to determine a reason for Mr Kentish to be restrained”.  Shortly after their arrival at the scene police officers noticed that Mark had collapsed and resuscitation attempts were commenced.  Mark was pronounced deceased at 12.13 am on 23 June 2016.

At the conclusion of the inquest, in accordance with her duty to prevent future deaths, Assistant Coroner Caroline Saunders indicated that she would write to both the Security Industry Authority and the Home Office about the lack of mandatory training for approved security guards regarding the risks of positional asphyxia.  She also intends to raise concerns with the security guard’s employer National Security Group.

“After two years of anguish it is with huge relief and gratitude to this jury that the family and friends of Mark can finally see that the truth has come out, of how he met his death. Mark was our big, loveable, larger than life gentle giant.

The jury have concluded, as we felt all along, that there was no need for the security guards to confront him that night, let alone put him on the road and restrain him in the way that the jury described was “inappropriate in both method and duration”. The jury have concluded that it is likely that this unnecessary and inappropriate restraint restricted Marks’s ability to breathe and directly contributed to his death that night.

The jury have also identified a failure on the part of the security company and its employees.  It appears that the Security Industry Authority instead of ensuring high standards of security staff, are simply handing  out  badges  to  people  with  no  understanding of the life threatening risks involved in using restraint

The family are delighted that the Coroner is going to write to express the concerns we share with her to the Security Industry Authority and the Home Office. We demand urgent action to prevent any further unnecessary tragedies like this and to stop any other families experiencing what we have been, and continue, to go through.

If the wholly unnecessary death of our lovely Mark can achieve anything by way of change, that would be at least some small consolation.”

The family is represented by Althia Stephens and Clare Richardson of Deighton Pierce Glynn and Sean Horstead of Garden Court Chambers.

actions against the police, Inquests, Prison