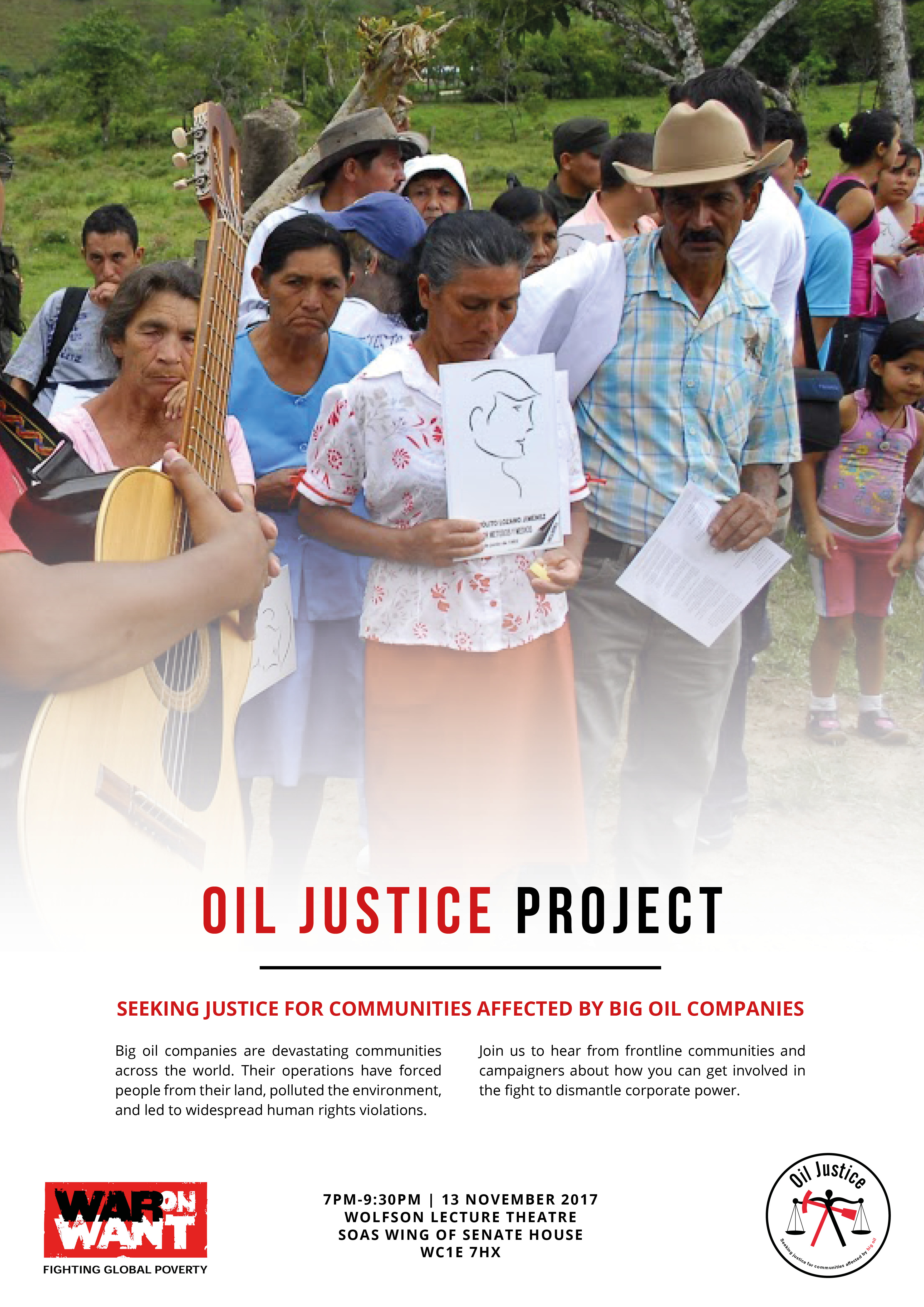 Big oil companies are devastating communities across the world. Their operations have forced people from their land, polluted the environment, and led to widespread human rights violations.

In Colombia, British companies such as BP and Perenco have exploited oil resources despite the impact of their presence on the conflict. There is evi­dence of kidnapping, torture, murder and disappearances. An estimated 9,000 people were murdered and 3,000 have disappeared in Casanare over the past two decades.

As the country enters a new phase of the historic peace agreement signed between the FARC insurgency and the Colombian government, we must question the role of corporations, which have indirectly benefited from the conflict, and how they fit in Colombia’s new peace landscape.

Through the Oil Justice Project, we aim to tell the stories of frontline communities struggling against ‘Big Oil’. With their stories, rage and thirst for justice, we work together to hold companies and governments to account where corporate crimes have been committed.

Join us to hear from frontline communities and campaigners about how you can get involved in the fight to dismantle corporate power.