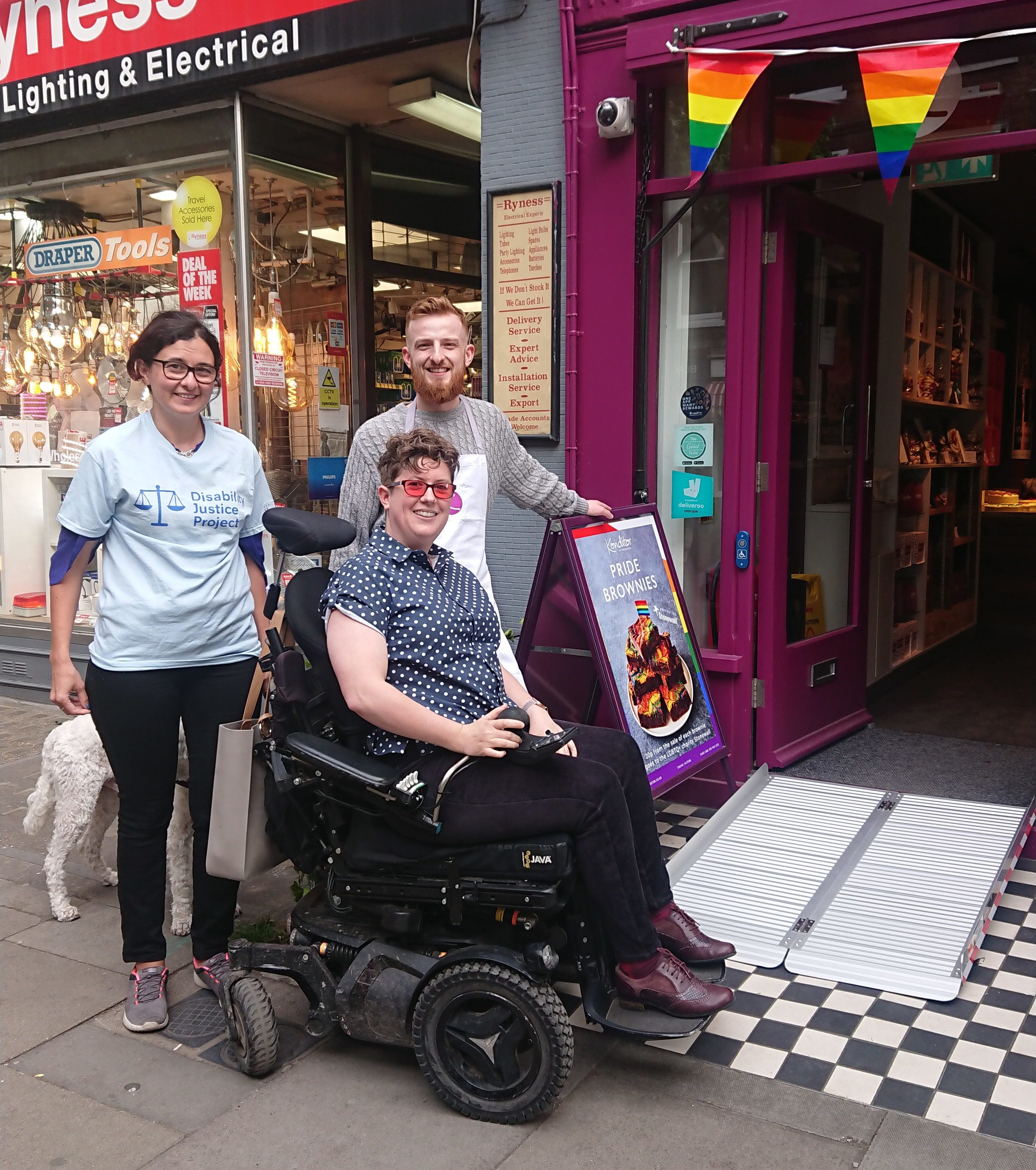 The high costs risk faced by victims of discrimination often prevents them from enforcing their rights under the Equality Act.  A judicial review claim, brought by DPG client Esther Leighton, aiming to change the costs rules, has been granted the go ahead.

Disabled people are frequently unable to challenge the discrimination they face because of the enormous financial risk in taking an Equality Act 2010 case. Currently, if someone loses a discrimination case, they could be required to pay not only their own costs, but those of the other side, a sum many disabled people cannot afford to risk let alone incur.

This financial risk often renders the Equality Act 2010 ineffectual. The Act relies on individual enforcement. As individuals cannot challenge the wrongdoing, both the individual and society lose out. Those that discriminate know they are unlikely to be challenged.

In 2013, as part of the Jackson legal reforms, “Qualified One Way Cost Shifting” (QOCS) was introduced for personal injury claims, meaning claimants were generally no longer required to pay for the defendants’ costs, if the case was unsuccessful. As a result, they do not need expensive insurance against this possibility. But those rules don’t currently apply to discrimination cases which is preventing people from accessing justice and enforcing their rights.

In a legal challenge, brought by Ms Leighton and funded by the Equality and Human Rights Commission, the Honourable Mr Justice Edis has granted permission for a judicial review to examine the lack of Qualified One Way Cost Shifting (QOCS) in discrimination cases.  A copy of the order is attached: the judge states that the claim is “clearly arguable on the merits”.

Just last month, in a report entitled “Enforcing the Equality Act 2010”, the Women and Equalities Committee of the House of Commons, were the latest to recommend the extension of QOCS to discrimination cases.

For Equality Act 2010 cases the motivation for taking a case is rarely financial, and taking a case doesn’t usually make ‘financial sense’. The cost of the case if represented will often vastly exceed any compensation awarded. Those who take these cases are taking them to end the discrimination they face and to achieve societal change where all other methods have been exhausted.

Esther Leighton, the claimant in this case, represented by Deighton Pierce Glynn, uses a powered wheelchair and faces frequent barriers in the form of single steps into shops. In her statement to the court she explained that where she has been unable to get into shops due to them not having a ramp, she has taken cases in the small claims track without representation (or occasionally with pro bono representation), and so there is very limited costs risk. However, some cases are too complex for her to handle without representation and then she cannot take the case as the financial risk is too high if the case is dealt with outside the small claims track. Esther has faced serious cost risks even in straightforward cases, and has been unable to appeal on points of law, due to being unable to pay for representation and the financial risk if she were to lose. This is an injustice and means that Esther is one of thousands of disabled people whose rights in our legal system currently exist only in theory but not in practice.

In her evidence for the case, our client explained:

“These cases are important because they are about my daily experience. Getting into a cafe or a shop may not sound significant to a lot of people, but it is discrimination like this that excludes me from experiences that non-disabled people have every day without thinking about it.”

Esther Leighton’s solicitor is Louise Whitfield of Deighton Pierce Glynn and her barrister is Karon Monaghan QC of Matrix Chambers. The EHRC are funding the judicial review due to its strategic importance in ensuring access to justice for all people.

The trial has now been listed for Tuesday 28 January 2020.  Further updates will be available via DPG’s website.