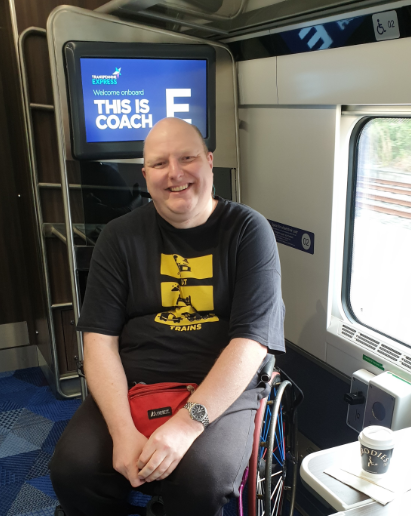 Following a threat of legal action by our client, Doug Paulley, the Office for Rail & Road (ORR) has confirmed it will re-consult on whether to require train companies to ensure all rail replacement buses are fully accessible.

On 27 July 2019, following a lengthy consultation process, the ORR issued new guidance to all train operating companies entitled “Accessible Travel Policy – Guidance for Train and Station Operators”. This describes the minimum of what each train company must do.  Each company is required to provide the Regulator with their new Accessible Travel Policy by the end of this year; providing a satisfactory Policy is a licence requirement, enforced by the ORR.

Many disabled people, including campaigner and DPG client Doug Paulley, hoped the guidance would make it mandatory for train companies to provide accessible buses when services were disrupted. Inaccessible buses are a major barrier for disabled people using trains during any period of disruption.  However, the new guidance falls a long way short, limiting the requirements on train companies to simply using “reasonable endeavours”, and “exploring” options.  This was despite the fact that both the Department for Transport and Disabled Persons Transport Advisory Committee had responded to the consultation recommending that accessible buses be mandatory.  Network Rail supported this move in their consultation response, as did Stephen Brookes, the Disability Champion for the Rail Sector.

Mr Paulley had also provided ORR with legal advice supporting his argument that rail replacement buses must comply with the Public Service Vehicles Accessibility Regulations 2000. DfT agrees this is likely to be the correct legal position, although this point has not been tested in court.

Following publication of the guidance, Mr Paulley took legal advice and his solicitors, Deighton Pierce Glynn, sent a letter before claim to ORR, arguing that the new guidance was unlawful. The letter asked ORR to re-think the guidance, and to require all train companies to ensure that all rail replacement buses during planned and reasonably foreseeable disruption are fully accessible.

On 28 August 2019, the ORR confirmed they would re-think the relevant section of the Guidance. They are taking three important steps before publishing new guidance on this issue.

Firstly, they have asked the train companies to provide data on the accessibility of buses and coaches used in the last year. Secondly, they are obtaining legal advice on whether the crucial Regulations do apply to rail replacement buses or not.  Thirdly, they will have another consultation exercise with interested and affected parties.  ORR intend to publish the consultation by the end of October.

Mr Paulley said: “I am delighted that ORR has agreed to take this step. Inaccessible rail replacement buses form a significant barrier for disabled people, causing further disruption and distress. Alternative accessible transport in the form of accessible taxis appears an attractive alternative but isn’t. They aren’t spontaneous, reliable, comfortable or sometimes even safe, and their segregated provision is problematic. I very much hope the ORR’s re-examination will lead to better access for disabled people during disruption.”

DPG’s Louise Whitfield, representing Mr Paulley commented: “We are very pleased that the ORR has taken our client’s concerns seriously in the light of our representations.  This is a very important issue about equality and access to train services, that cannot be underestimated.  Given the clear legal position on the relevant Regulations, we cannot see how the ORR can reasonably conclude that rail replacement buses need not be accessible.  We therefore remain instructed by Mr Paulley to review any further guidance and steps taken by the ORR.”