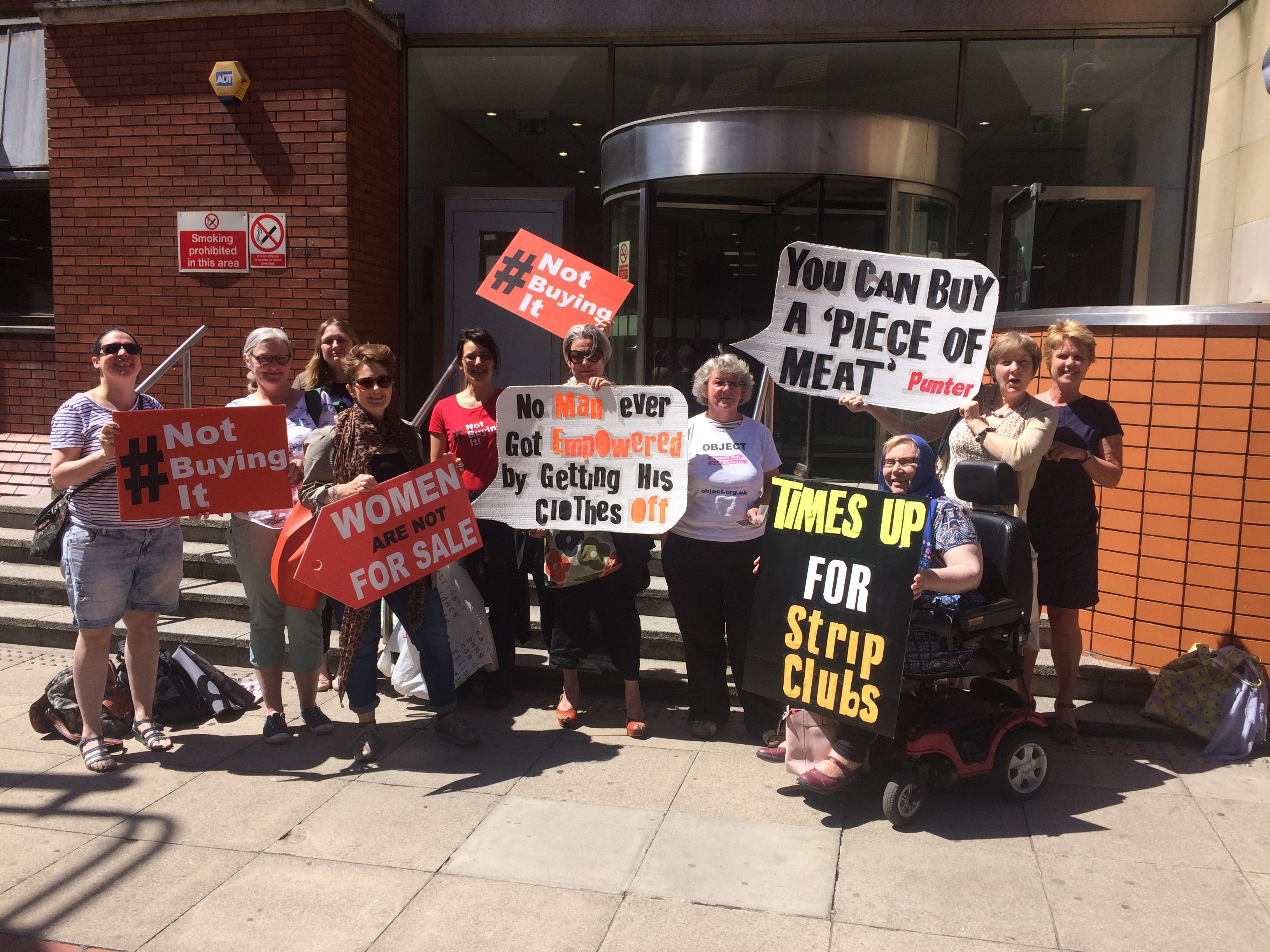 Sheffield woman Irene, has won in her challenge on the lawfulness of the City Council’s decision to adopt a policy of licensing unlimited strip clubs. She argued that they had failed to discharge their public sector equality duty and properly consider the results of their public consultation.

In a concession made during yesterday’s (29 June) judicial review hearing, Sheffield City Council conceded all the grounds of our client’s claim and accepted that they had failed to properly discharge the public sector equality duty as contained in section 149 Equality Act 2010. This was an acknowledgement that they had failed to have due regard to the duty not only to eliminate discrimination, but also to positively advance equality of opportunity and foster good relations between the sexes, when they  adopted the policy of unlimited strip clubs.

Sheffield City Council also accepted that, in deciding to adopt the policy of unlimited strip clubs it had failed to take proper account of the consultation responses it had received in respect of that policy. We had argued that the council had not given proper consideration to the valid concerns of campaign groups such as ‘Zero Options’ and evidenced based research on the impact of strip clubs on gender equality in particular the objectification and commodification of women’s bodies. The case should serve as an important reminder to other local authorities that they cannot ignore their obligations under the Equality Act 2010 and the need to consider the impact of their decisions on people with protected characteristics in their communities.

Louise Whitfield, who represented the client, explained: “This is an important win in the battle for gender equality and a resounding victory for our client and the campaigners who fought so hard to convince the Council of the negative impact on women generally of allowing a proliferation of strip clubs within Sheffield. We hope that through this case, more women and campaign groups will be empowered to use the Equality Act to hold public bodies to account.”

Our client’s legal challenge was crowdfunded and she would like to thank everyone who donated for their generosity and commitment to gender equality. Irene also thanks Not Buying It, Southall Black Sisters and the Fawcett Society for their support.

The barristers instructed were Karon Monaghan QC and Jessica Jones of Matrix Chambers.