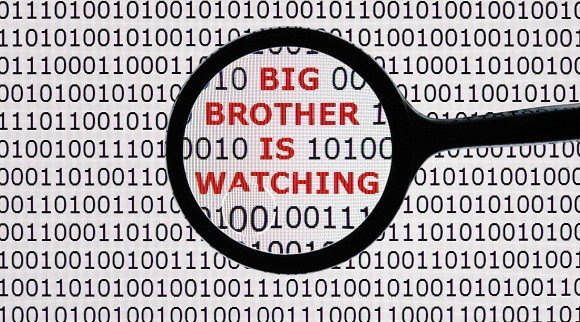 The UK government’s programmes of mass surveillance of electronic communications have been found to have been unlawful in a landmark ruling today by the Grand Chamber of the European Court of Human Rights.  Over eight years since Edward Snowden first disclosed details of UK and US mass surveillance programmes, and after much litigation both domestically and before the European Court of Human Rights, the court’s Grand Chamber has today affirmed that government mass surveillance programmes are subject to the application of human rights law. Applying those standards, the court found that the UK government’s regime:

The judgment did not declare bulk surveillance programmes per-se unlawful, but it does set out the considerations by which future programmes will be evaluated. The ECHR requires “end to end safeguards” applicable at every stage of the technical processes involved.  These safeguards are required on a pan-European basis.  The Court noted the consequences of failure:

“a system of secret surveillance set up to protect national security (and other essential national interests) may undermine or even destroy the proper functioning of democratic processes under the cloak of defending them”.

The Investigatory Powers Act 2016 was passed during the litigation and partly in response to it, and the judgment will give considerable support to the role of the Investigatory Powers Commissioner’s Office (a creation of that Act) in exercising its oversight role in a robust fashion. Today’s judgment shows that that will be a necessity.

The court also set useful standards on a number of issues regarding oversight and control of bulk interception regimes [356,361]; the sharing of intercepted information with third countries [362]; and in its approach the court applied ECHR protections to all persons irrespective of their location  [272].

“This judgment confirms that the UK’s mass spying breached citizens’ rights to privacy and free expression for decades. Today, Mr Snowden’s courageous whistleblowing is vindicated as is the tireless work of Big Brother Watch and our allies in this pursuit of justice. Mr Snowden clearly deserves the protection of democratic nations across Europe for his selfless defence of human rights.

Mass surveillance damages democracies under the cloak of defending them, and we welcome the Court’s acknowledgement of this. As one judge put it, we are at great risk of living in an electronic “Big Brother” in Europe. Unfortunately, the missed opportunity for this judgment to prescribe clearer limitations and safeguards mean that risk is current and real.

We will continue our work to protect privacy, from parliament to the courts, until intrusive mass surveillance practices are ended.”

“The Court has recognised that bulk interception is an especially intrusive power, and that ‘end-to-end safeguards’ are needed to ensure abuse does not occur.

“The court has show that the UK Government’s legal framework was weak and inadequate when we took them to court with Big Brother Watch and Constanze Kurz in 2013.

“The court has set out clear criteria for assessing future bulk interception regimes, but we believe these will need to be developed into harder red lines in future judgments, if bulk interception is not to be abused.

“As the court sets out, bulk interception powers are a great power, secretive in nature, and hard to keep in check. We are far from confident that today’s bulk interception is sufficiently safeguarded, while the technical capacities continue to deepen. GCHQ continues to share technology platforms and raw data with the USA.

“This judgment is an important step on a long journey.”

“This major judgment reaffirms that the British government’s bulk surveillance practices have violated our right to privacy and our right to freedom of expression. Excessive surveillance discourages whistleblowing and curtails investigative journalism. The government must now take action to ensure our rights are protected. Given the growth in online speech, the potential for abuse inherent in mass surveillance regimes is greater than ever.”

“I am pleased that the court has affirmed that secret surveillance programmes are subject to the application of human rights law. This is an important reward for our clients after 8 years of litigation following Edward Snowden’s disclosures and it is essential for all of us, since we are all subject to these bulk interception programmes. The court has set out useful standards on both the principles to be applied to such programmes but also the detail of their operation.”