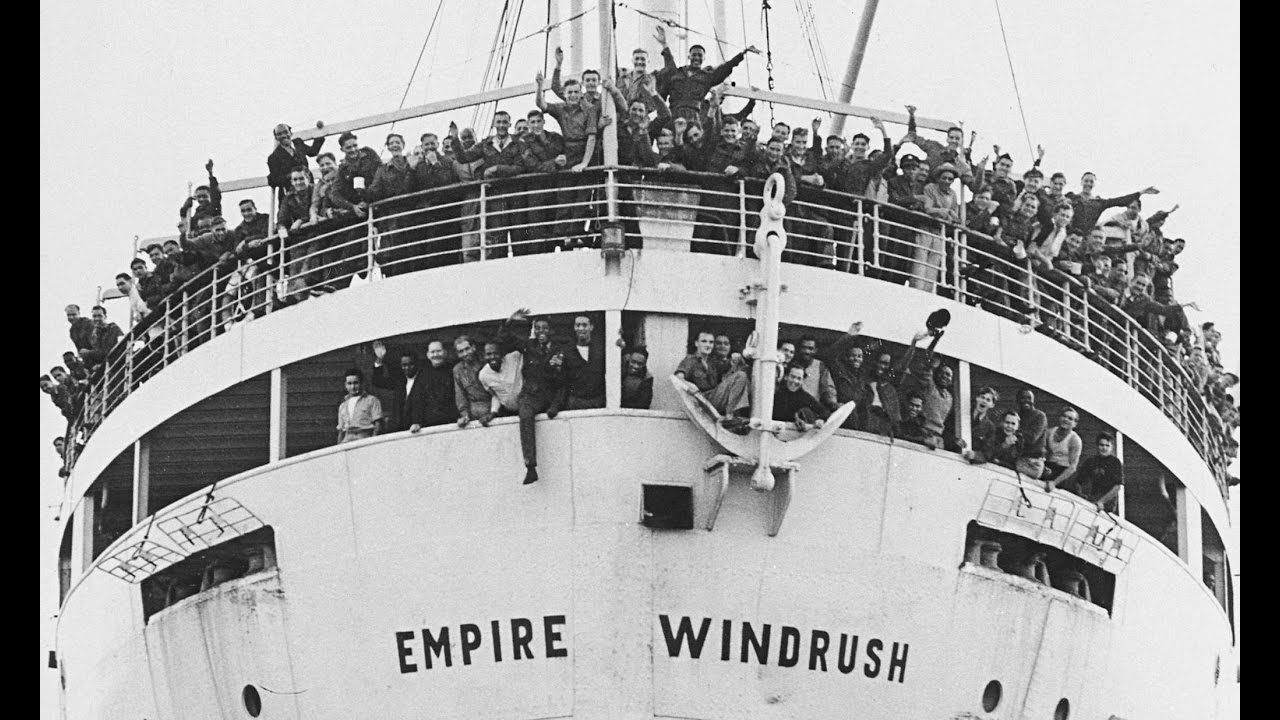 Mr Howard, was born in Jamaica, then a British colony, on 17 December 1956. He came to the UK aged 3, with his mother in November 1960. He lived here until his death on 12 November 2019. Following Jamaica’s independence from the UK on 6 August 1962, and by virtue of having arrived in the UK before 1 January 1973, Mr Howard had indefinite leave to remain in the UK. This status meant that there was no limitation on his immigration leave and he could travel in and out of the UK as he wished; work; and access services without seeking permission. It meant that he was exempt from deportation. Significantly it also meant that having come to the UK as a British subject he saw himself as British. Although he was five when Jamaica became independent, the Government did not carry out an exercise to properly inform his parents or people of other newly independent countries of the consequences of independence to their British subject status.

Similarly, when the British Nationality Act 1981 came into force on 1 January 1983, which introduced a 5-year window for individuals like Mr Howard to register as British, this time-frame and the effect in law for failing to do it – that he would lose the entitlement- were not accurately explained to Mr Howard and others like him. The Government’s own commissioned report on the Windrush generation by Wendy Williams found that:

‘These developments progressively impinged on the rights and status of the Windrush generation and their children without many of them realising it. The government did try to explain the changes. In the late 1980s the government advertised that a time-limited scheme, included in the Nationality Act 1981, to register Commonwealth citizens who had arrived before 1973, was due to expire on 31 December 1987. When planning the publicity campaign for the scheme, Home Office officials said they were concerned about the department’s ability to cope with a deluge of applications, and according to Home Office papers from the time, wanted to develop advertising that was informative but didn’t “stimulate a flood of enquiries”.114 We were told that to manage the queues and numbers of applications, the Home Office informed a number of applicants they didn’t have to register and wouldn’t face removal if they withdrew their applications. We understand that some took that advice and did withdraw their applications. The registration scheme had some success. From 1985 to 1987 there were more than 130,000 registration applications.115 However, as we now know many people did not register at the time. Parliamentary records of the time show that applications cost £60 (approximately £180 in today’s prices), with no dispensation for people on benefits. While there is evidence that there was publicity and guidance to inform individuals of the changes, and it is clear that many did register as a result of this, it is difficult to establish how far reaching or well understood it was. This review has heard that, some of the Windrush generation did not register their status at this time because they did not see the need to do so, as they already considered themselves as British.’

Registration as a British citizen is an entitlement. When the time-limited scheme ran out, the only route open to Mr Howard to become British was through naturalisation, a process that has various requirements. It is therefore not an entitlement. One of the requirements is that of residence, that one must show that they have indefinite leave status. In 2011 the Home Office wrote to Mr Howard following a complaint he made about treatment of his previous applications including applications for British passport, they said:

Mr Howard had tried for years prior to this to obtain confirmation of his status and continued to do so years after, being turned down at each turn. In 2014 for example, he made an application for a No-Time-Limit confirmation given to those with indefinite leave status. In response the Home Office said:

In February 2018 the Home Office advised him to make another NTL application saying:

‘Your case has recently been brought to my attention as you have been having certain issues due to not holding a document to confirm your status…..Given your circumstances it would be advisable to make an NTL application’.

The truth is that the Home Office knew that he had been in the UK lawfully since before 1973 and could have confirmed this to him in the mid-2000s from when he asked them to. But no. Despite all the hardship he had gone through they only confirmed it on 10 May 2018 after the Windrush Scheme was introduced. They said:

‘We’ve confirmed that you entered the UK before 1 January 1973. We consider that you have had indefinite leave to remain from that date.’

The Windrush Scheme was introduced in recognition of the fact that some Windrush migrants had encountered difficulties dating back years where their indefinite leave status had not been accepted by the Home Office and other public bodies, and effectively that the Government had hindered people’s ability to obtain confirmation of their status, causing them untold hardship. In introducing the Scheme, the Home Secretary at the time, Sajid Javid, said:

‘I am clear that we need to make the process for people to confirm their right to be in the UK or put their British citizenship on a legal footing as easy as possible. That is why I have launched a dedicated scheme which brings together our rights, obligations and offers to these people into one place.

I want to swiftly put right the wrongs that have been done to this generation and am committed to doing whatever it takes to make this happen.’

Failure to obtain confirmation of his indefinite leave status for Mr Howard had meant:

When he eventually applied for citizenship, in 2018, Mr Howard had been convicted of common assault and received a 12-month suspended sentence. This conviction had followed an altercation he had had with a member of staff at his local GP surgery. He recalled that:

‘HH came to the GP surgery because DPW had asked him to get his GP to sign a form in respect of his benefits. They had given him a time limit to get it to them or they were going to cancel his Employment Support Allowance. HH filled in his part of the form then gave it in to the GP surgery. He left it with them for 2 weeks. When he enquired about it a week later, [he was] told him that it had not been signed and that he should come back after a few days. When he returned, it had still not been signed. A few days later HH went back to the surgery and saw a form at the desk which he had not seen before. He introduced [himself] and asked for the signed form. A woman at the reception said it had not been signed. HH asked why. [He was] told him it would take 40 days. HH explained that that was not the form he wanted, he wanted the DWP form. [The staff member] kept on repeating that it would take 40 days for the form and was not listening to him….’

He was trying to get the form. In the process it is alleged that he grabbed the staff member’s finger. The police were involved and attended his home and asked him to apologise to bring the matter to an end. He refused to apologise for something he did not do. He was accused of common assault. He refused to plead guilty against advice and as a result he was only able to obtain representation under the duty scheme. He recalled:

‘When he went to court, he had a duty solicitor for the first hearing. For the second hearing, he had another duty solicitor who recused himself as he knew the victim. HH recalls the Magistrate asking for his recording and that of the victim and the two officers, to be made available at the third hearing but the records were not produced. At this third hearing, HH remembers that there was a lot of confusion. He does not believe that he received very good representation. He recalls trying to explain the confusion between the form he was asking for and the request for records the receptionist had been talking about. He felt as if his evidence was not given proper weight.’

He further recalled that:

‘The purpose of the DWP form was for him to prove his health was bad enough to warrant continued payment of ESA benefit. He says that when he worked with Peabody he was not claiming benefits and had he not lost his job, and been so consumed by the resolution of his immigration status, he would not have neglected his health.’

He was suffering from leukaemia. Unfortunately, as a result of the conviction, when he had finally obtained confirmation of his indefinite leave status and was able to apply for British citizenship under the Windrush Scheme, this was refused. The reasoning being that he did not satisfy the good character requirement, another criteria for naturalisation as a British citizen. He challenged this in a judicial review claim in the High Court which, after his death on 12 November 2019, was continued by his daughter. The claim argued that the Home Secretary needed to consider applications made by Windrush migrants under the Windrush Scheme, the purpose of which is to correct past wrongs, with that purpose in mind. The High Court ruled in his favour, recognising that:

‘proceeding to determine applications by members of the Windrush generation on the basis of the general approach applied to all applicants, was not an option properly available to the Home Secretary.’

The decision by the Court of Appeal today effectively says that Mr Howard’s experiences of hardship as a Windrush migrant are irrelevant to the question of good character. We think this is wrong. Fairness requires that for this cohort, and within the context of the Windrush Scheme, the assessment of good character should permit an assessment of how they have come to be where they are and the State’s role in that. The Windrush generation continue to be failed and the judgment has the effect of re-victimising those who have already suffered at the hands of the State.