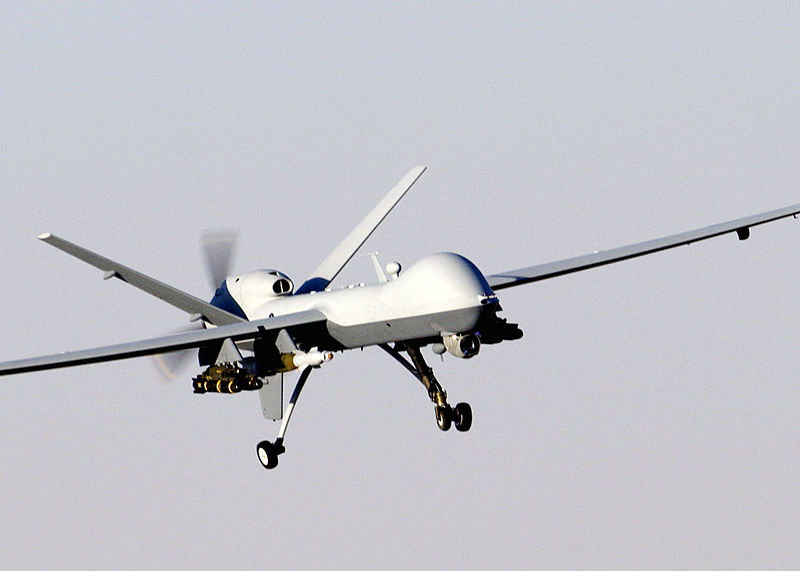 The Upper Tribunal has issued its decision in the Freedom of Information Act appeal by Rights Watch (UK) against the government’s refusal to disclose its lethal drone strike legal advice. Although the Tribunal refused to order disclosure of the advice, it made significant rulings regarding the handling of requests for information relating to the security services.

Deighton Pierce Glynn represented Rights Watch (UK) (“RWUK”) pro-bono in their Freedom of Information Act 2000 (“FOIA”) appeal seeking disclosure of the Attorney General’s legal advice authorising the drone strike of 21 August 2015 which killed two British citizens in Syria. The Prime Minister disclosed the drone strike to Parliament the following month, but did not adequately explain the imminence of the threat posed by the two men nor whether the use of lethal force outside of a UK-related armed conflict (indeed, Parliament had voted against the use of force in Syria) signalled the adoption of a US-style global drone warfare programme. The use of targeted killing in this way is highly controversial in international law terms, and many saw the UK’s actions as weakening the international legal order in this area and sending a signal to other states that they may do the same.

In its decision, the Upper Tribunal refused to order disclosure of the legal advice, but made strong criticisms of the handling of the request. The judges “expressed surprise” at the approach taken by the commissioner and the government – in which assurances were given that the information related to the security services without the material being examined – which they said “fell well short of what was required under FOIA” and was “unfair”.

The Tribunal went on to clarify the law around the “disaggregation” of information that relates to the security services, usefully concluding that for national security related policy decisions, the underlying legal analysis can be separated out from any underlying sensitive security-related information and becomes potentially disclosable. i.e. just because the policy advice related to sensitive matters and/or was received by the security services does not prevent its disclosure.

“This is a significant push-back against the Government’s expansive claims of secrecy, that would have allowed it to claim absolute secrecy and suppress information that had merely passed through the hands of the security services, corroding the public’s right to information.”

“Rights Watch (UK)’s challenge has been vindicated by these significant rulings on the legal and procedural approach to security services information under the Freedom of Information Act. Although it is disappointing that, having established a route to disclosure, the Tribunal did not then engage as fully as we had hoped with the inconsistencies and unanswered questions in this marked shift in legal policy.”