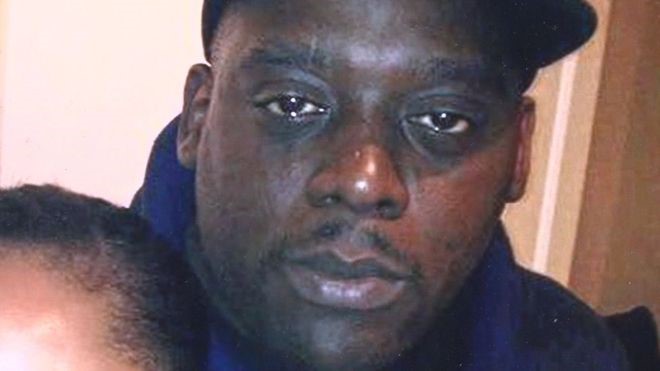 Posted at 11:27h in Actions against the police, Deaths in prison, Inquests and Public inquiries, Jo Eggleton by Ali

An inquest jury has returned its conclusion in the case of the third of five men to die at HMP Nottingham in a month from 13 September 2017. Anthony Solomon died on 27 September 2017 from the lethal effects of smoking a psychoactive substance known as “mamba”. The jury heard that the drug was rife in the jail in September 2017, with steps not being taken to address it until the government released resources in 2018, and that this had had real consequences for staffing levels in the jail, including their capacity to counter drugs levels and respond to emergency cell bells.

Anthony was known by staff to have been taking the potent and unpredictable drug, having been seen under the influence several times over the four months he had been there. But none of the steps required by the prison policy had been taken. That failure was put down to staffing levels and, in particular, the fact the prison was operating on minimum staff levels as a result of benchmarking, which had been introduced by the government in 2010 and rolled out to the adult male estate in October 2013.

On this occasion, when Anthony took the drug, he immediately looked unwell. His cell mate told the court that he had dropped to his knees, and seemed to be vomiting as well as being incontinent. The cell mate immediately rang the emergency cell bell, but despite a requirement that cell bells be answered within 5 minutes – a period which also reflects the time in which someone can be revived following a cardiac arrest – it took 40 minutes to attend. By then it was too late.

The jury heard that over lunchtime, when Anthony suffered the attack, there was only one officer for up to 220 men, and they had to deal not just with cell bells but also with things like ACCT (suicide and self harm watch) checks, which were also an issue in the jail at the time (as other inquests have seen). The officer concerned was new and did not know he was lunch cover (the officer responsible for the wing over lunch) that day, although he had started doing the checks as best he could when he saw no-one else was responding. He had however prioritised the ACCT checks over the cell bells.

The jury heard that drugs levels in the jail at the time were such that even officers were being hospitalised with the effects of fumes, which they were encountering on entering cells. HMP Nottingham had now taken steps to combat the drugs, including new searching equipment, action against corrupt staff, wider training and community action (including by the police and Nottingham City Council), but this had needed the resources not released by the government action until 2018. It had taken the rise in the number of deaths, together with three highly adverse prison inspectorate reports, and ultimately the jail being put in special measures with a new “urgent notification” procedure in January 2018, to produce that response.

The inquest has today concluded, with the jury giving a narrative conclusion that referred to the admissions, from the Ministry of Justice, about drugs in the prison and the failure to answer the cell bell sooner. They added that the staffing on the wing was too low, describing as “inadequate” government staffing benchmarks which left only one officer on the wing to perform a number of essential duties.

“I have lost a partner, and five children have lost their father. I am aghast at what we have heard about the level of drugs in Nottingham at the time, and the response times on cell bell emergencies. Staff knew what was going on with Anthony. They even knew he had been assaulted over drugs. I am pleased at what we have heard about improvements at the jail, though I am worried about what will happen if central government attention is taken away again. My real concern is that the wrong people were answering questions. Newly appointed and young staff were not primarily responsible for what happened here. The ministers who culled the staff and failed to respond to the warnings were responsible. Who is holding them to account?”

“As with the other deaths in HMP Nottingham around this time Anthony’s death was preventable. The steps that have been taken since to reduce the availability of drugs could and should have been taken sooner. It is vital that those in the care of the prison can summon and receive help in an emergency. There’s little point instructing staff to respond to emergency cell bells within 5 minutes if they can’t in fact do so. Steps need to be taken in this and other prisons to ensure bells are responded to as soon as possible so that further lives are not lost.”