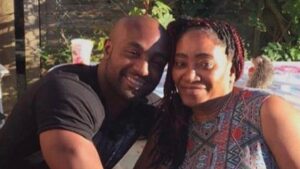 The jury in the inquest touching the death of Shane Bryant has reached a unanimous narrative conclusion that includes findings that unreasonable force during his restraint on 13 July 2017 and missed opportunities by an off duty police officer to manage the restraint contributed to his death.

Shane Bryant was apprehended on the night of his death as he tried to flee the scene of an attempted robbery of a shop. He had been armed with a baseball bat but left the bat in the shop as he sought to escape. An initial brief attempt to restrain Shane was disrupted by Shane’s accomplices driving the getaway car towards the crowd. Shane was then brought to the ground for a second time and restrained in the dangerous prone position. An off duty officer who accepted he placed himself on duty was involved in the restraint, giving instructions and advice. The jury heard evidence of dangerous restraint methods that were used or periods of several minutes, including a neck-lock. They also heard that Shane was left in a prone position for around a further five minutes after handcuffs were applied. It was only when Shane was formally arrested by a uniformed officer that he was discovered to be unresponsive. Paramedics began CPR before Shane was taken to hospital at Queen’s Medical Centre in Nottingham, where he was pronounced dead on 15 July 2017.

The jury also found that Shane’s own actions contributed to his death and that some aspects of the restraint were reasonable. Shane’s family has never disputed that Shane needed to be arrested and prosecuted for his role in the attempted robbery. It was the manner of his restraint and the inadequacy of its management by an off duty police officer that concerned them – and those concerns have been echoed by the jury’s conclusion. As his brother Dean has said, ‘We should have been able to visit him in prison, not in the cemetery.’