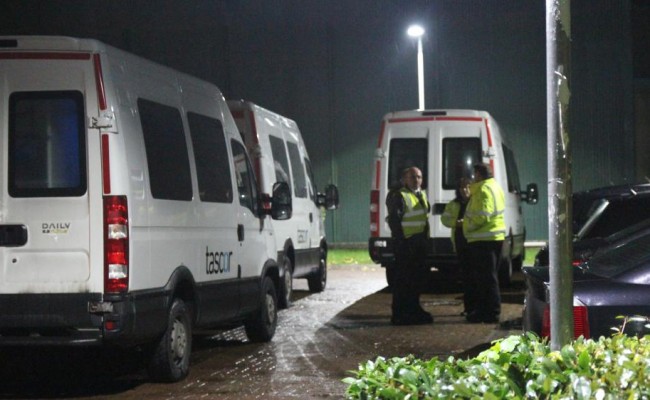 In a damning judgment published today on the evening of 22 June 2017, the High Court has found that staff employed by Tascor, a Capita subsidiary, seriously assaulted a mentally-ill torture survivor. The Judge also describes as “outrageous” and “utterly unacceptable” the regular use of painful, dangerous and unlawful restraint techniques.

The judgment describes a chain of events triggered by serious blunders by Theresa May’s Home Office in 2011.

Subsequently, five officers from Reliance (since renamed Tascor) took 46 year old Felix Wamala into their custody unlawfully and attempted to unlawfully remove him from the UK on a Qatar Airways flight to Doha on Christmas Eve 2011.

After threatening Mr Wamala in order to get him on the airplane, Mr Justice Walker has found that the officers severely assaulted Mr Wamala. During this prolonged assault, an unauthorised “pain compliance” technique was used. Mr Wamala experienced “intense pain”. He also experienced difficulties breathing. Mr Wamala had known Jimmy Mubenga, an Angolan national who had died during a similar restraint episode the year before. The High Court accepts that Mr Wamala believed he too was going to die as the five officers pinned him down on the floor of the aircraft aisle and assaulted him.

Eventually, Mr Wamala was dragged off the airplane to a waiting escort van. This part of the assault was captured by the van’s CCTV camera in footage played in court and described by the Judge as “shocking”. The footage shows Mr Wamala being dragged into the van by his cuffed arms, crying out in pain, and with the escorts stood over him shouting at him.

The High Court has found that Mr Wamala suffered serious physical injuries as a result of the assault, as well as severe psychiatric injuries the effects of which are on-going.

In further damning findings, the Judge found that:

In a very unusual move, and one reflecting the seriousness of the High Court’s concerns about the conduct of Reliance/Tascor, the High Court has ordered Tascor to pay exemplary damages. These are punitive damages reserved for “outrageous exercises of unlawful executive power”. In making the award, the Court concluded that Tascor’s staff had routinely used unapproved, intensely painful and dangerous restraint techniques. The High Court has ruled that this was “utterly unacceptable and calls for condemnation”. The Court said that the use of an unauthorised “pain control technique, which could and did easily go wrong, is a particularly disturbing feature”; so too the “flagrant disregard of the express prohibition [in the Home Office contract] of the use of any head restraint”. This prohibition reflects the well-known risks of restraint asphyxia.

“The treatment of Mr Wamala was inexcusable, and so is the Home Office’s failure to take any action either against Tascor or the individual officers who were involved.