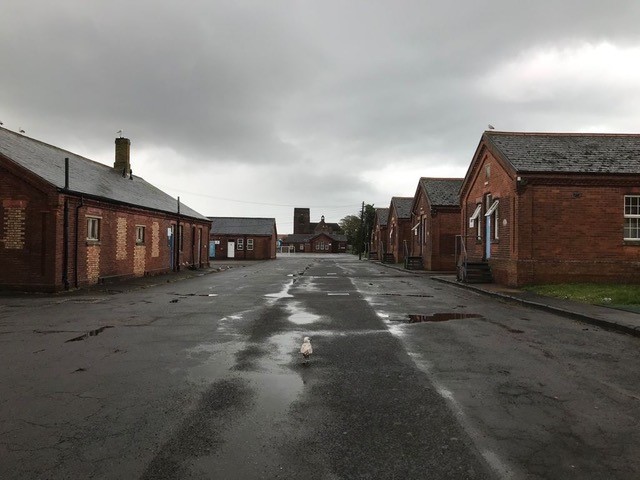 In a judgment handed-down on 24 June 2022, the High Court has ruled that the Home Secretary’s decision in August 2021 to grant herself planning permission to use Napier Barracks in Folkestone, Kent for 5 years was unlawful.

Up until August 2021, Napier Barracks had been used on a purely temporary basis as contingency accommodation for asylum seekers during the Covid-19 pandemic. In the August planning permission – unheralded by any consultation or prior publication – the Home Secretary granted herself planning permission to use the site for a further 5 years. This signalled a step-change in how the site was used, but also in how asylum seekers were accommodated nationally: from accommodation within the community to segregated accommodation within asylum camps. This had obvious implications for the camp residents as well as the local community. The history of Napier Barracks demonstrates the dangers: with Covid-19 outbreaks, unrest, and a fire on the site within its first year of operation. The camp was not established with on-site medical care, legal support or other welfare provision.

The August planning permission grant was made using a little-used power in planning legislation, which enabled the Home Secretary to bypass local planning controls and thus avoid consulting local people and other stakeholders.

The judicial review claim was brought by a local resident, Sally Hough, due to the way that she and other local people had been shut out of the process. Sally had particular knowledge of the site as one of several local volunteers running a much-needed drop-in centre to support the camp residents.

The judge ruled today that:

“106. In my view there has been a failure to have proper regard to the [Public Sector Equality Duty]. The caselaw establishes that whether the s.149 duty has been complied with involves a highly fact sensitive inquiry, both into the nature of the decision and the form of the consideration of equality issues. The nature of the development here is one that raises very obvious issues under s.149, in particular relating to potential victimisation and harassment under s.149(1)(a), and the fostering of good relations under s.149(c). The provision of a large amount of segregated accommodation for male asylum seekers on the edge of the town has the obvious potential to create tensions within the local community. This risk was set out in the EqIA and I accept that the Minister must therefore have been aware of the general issue.

107. However, there is a very significant difference between a development which is proposed to continue for two months and one for five years. This must especially be the case where the issue is developing community relations, as opposed to some physical impact which will vary little over time. Pressure on community services, for example on the local GP and community health services and possibly on the police, will be very much greater over a prolonged period than only two months. The potential for impact on community relations are wholly different over the much longer period. In the documentation before the Minister, there is no consideration of those longer-term impacts on the community relations. There is no consideration of the ability of local health services to manage this population over the much longer period, and how that situation might impact on issues relevant to s.149.

108. Very importantly, this lack of assessment of PSED impacts over five years then means that there is no consideration of what steps could be taken to mitigate such impacts, including liaison between local agencies. The PSED is there in part to allow for the proper consideration of impacts from a decision so that the decision maker can consider what further steps or mitigation might be taken. If an EqIA had been carried out for the SDO development, proposals for mitigation or changes to the scheme might have been recommended which the Minister would then have considered. It is for this reason that the failure to produce a proper EqIA, in whatever form, is of material significance in this case. Although the Minister knew that the use would continue for five years, he did not have information about how that would impact on community relations over that period and what other steps could or should be taken.”

A further hearing will now take place to decide the form of final order that the Judge should now grant.

“I am delighted that today’s judgment vindicates the concerns of local people and camp residents and my decision to bring this judicial review on their behalf. The High Court judge reached the same view we did: that the Home Office shouldn’t have decided to use Napier Barracks long-term without properly assessing how that was going to impact vulnerable people housed at the camp and the local community. I have seen first-hand the pressures it has placed on them through running the local drop-in centre. I hope that a proper process that permits concerns to be raised and properly evaluated will be followed in the future.”

“It was always risky for the government to grant itself planning permission in this way given the high level of public concern about the operation of Napier Barracks and, more generally, the use of segregated asylum camps. Local planning controls were bypassed and an opportunity lost to gather information necessary to assess the equalities impacts of the decision, which were numerous and concerning. The High Court has identified clear failures in that assessment and we now await the court’s order to give effect to its judgment.”

The Claimant was Crowdfunding to cover the costs of bringing the legal challenge here.