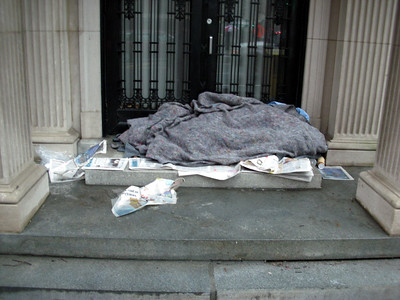 On Friday 3 April 2020 the High Court will decide whether to suspend the Home Office’s ‘No Recourse to Public Funds’ policy so that people affected by it, who work under zero-hour contracts – have a social security safety net if they have to stop working to self-isolate

In 2012 the then Home Secretary, Theresa May, decided that people granted limited leave to remain on family/private life grounds should be subject to a condition prohibiting them from having recourse to public funds (ie; most welfare benefits). This became known as the NRPF condition.

The policy change has left tens of thousands of people – mainly families headed by single mothers, many of whose children are British – in abject poverty for years. This only changes when they have been here for long enough to qualify for indefinite leave to remain and can afford to apply. Many work as much as childcare responsibilities permit, often as care workers or cleaners, usually under zero-hours contracts. Even so, they cannot earn enough to live on, particularly with the spiralling cost of renting, especially in London. Others who are not subject to the NRPF condition manage with the help of ‘in-work’ benefits like tax credits, but the NRPF condition prevents these families from getting that help and leaves them suffering severe hardship and homelessness.

In 2014 we brought a successful challenge to the policy, which resulted in the implementation of an application process for lifting the condition if people could show that they were destitute, and a ‘Policy Equality Statement’, which looked at the impact of the policy on people with ‘protected characteristics’ (such as disability) under the Equality Act.

The Change of Conditions application process is not working well, leaving people destitute for months while the Home Office demands extensive documentation. Therefore, in partnership with The Unity Project we brought many cases challenging the refusal to lift the condition, backed by evidence of the discriminatory impact of the policy on single mothers and British children of BME origin.

The High Court was due to consider the legality of the policy on 19 March 2019 but, shortly before the hearing, the Home Office conceded that the policy should be reviewed in compliance with the Public Sector Equality Duty and that our clients should receive compensation to reflect the suffering that the policy had caused them.

In response to the review, and with funding from the Strategic Legal Fund, we worked with The Unity Project to produce a report, published in June 2019, which demonstrated the discriminatory impact and hardship caused by this policy and called on the government to scrap it.

Rather than conduct a genuine review, the government spent a year delaying and obfuscating. On 24 March 2020 the High Court was due to consider the legality of the policy again, but the hearing was adjourned at the last minute due to the ’lockdown’ announced the previous evening. The full case will be heard later this year, but an application to suspend the policy in the meantime will be heard by the Divisional Court on Friday 3 April 2019.

“This policy affects people who have been here for years, and who will be here for years, whose kids have been born here, grown up here and have their future here. For single parents on minimum-wage, zero-hours contracts, in chronically under-valued jobs like care work or cleaning, it’s just not possible to make ends meet without ‘in-work benefits’ like Tax Credits or Housing Benefit. This has led to thousands of children, most of whom are BAME, growing up in abject poverty and destitution, treated as second-class citizens.

The COVID-19 epidemic has heightened the risk to this group. Many simply cannot afford to self-isolate, as they do not have any safety net. We’ve been asking for the policy to be scrapped for years but maybe it will take this crisis for the government to finally take action.”

“The Home Office’s agreement to review the policy was welcome, but sadly, rather than genuinely review and address the discriminatory impact of the policy, it was just another tick-box exercise to be seen to be doing something, so this has ended up back in court. The pandemic has now heightened the hardship caused by this policy. The people affected badly need help if they are to keep themselves and others safe. Hopefully the government, and if not then the Court, will ensure that help is forthcoming.”

The barrister representing our clients is Alex Goodman of Landmark Chambers, instructed by DPG partner Adam Hundt, solicitor Ugo Hayter and paralegal Althia Stephens. They can be contacted at our Bristol office for further information about this issue.